Today, Chris Johns, author of Four, is here to chat about art and writing. Hello Chris!

Every now and then I like to take a few moments to read or think about how artists approach art.  Not only writers, it can range from an essay by Kandinsky about form to the youthful ranting of Rimbaud (including his famous “imagine a man implanting warts on his face”) to a critical discussion of El Greco’s style in the portraits.  It helps me focus my own thoughts and feelings about art and writing.  A friend of mine, who is a painter, and I will schedule an “art and lit night” to discuss different ways a painter and a writer can look at things.

There are so many different approaches to art.   I suppose every artist, at some point, has a conceptual view of the art he or she is creating and attempting to create, whether in a painting, a poem, a symphony or a novel.  Sometimes, like Kandinsky, they write about it in an essay; sometimes it’s just evident in their work.  The wide range of approaches is inspiring.

The other day, browsing my shelves, I picked up the works of Rimbaud to wander through some of his letters.   One letter particularly caught my attention.  In it Rimbaud praises ancient Greek poetry as having given rhythm to action.  In contrast, he complains that poetry since then had been just a game, and he longs to create a new poetry that is fundamentally Greek poetry again.

What I find appealing in his thought is to have literature that engages life with all its rhythms, that directly engages life and thought and emotion.  It’s not Rimbaud saying we should all start writing like Homer and Psappho; it’s as a call to write using language that is direct: forceful where is should be, tender where it should be, but always direct.

From my own personal experience I know how easy it is to “let the words get in the way” or to focus on “exhausting your cleverness” when writing.  There are times when I re-read a paragraph or a sentence and find myself to have cluttered up what I truly wanted to express.  Even the much-revered Shakespeare was not immune to the occasional clever-but-irrelevant metaphor.  I suppose that is one of the reasons I re-read and re-read chapters, paragraphs and sentences.  Certainly creative new angles and cleverness have their place, but even then I find my goal to be to convey those thoughts and emotions directly and clearly, and not let the words get in the way. 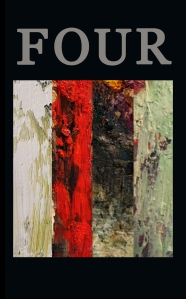 Tom Bianco is the senior biologist at an environmental research and advocacy group. He has devoted his life to studying ecology and protecting the natural environment. Tom has grown convinced that human civilization is killing nature and itself, and finds his efforts to fight for the environment becoming futile. His neighbor, Joshua Maladif, is a research oncologist whose wife, Susan, died of leukemia fiver years earlier. Josh threw himself into understanding the disease and its causes. Through his research, Josh has learned of levels of electromagnetic field exposure that cause the leukemia at aggressive, incurable levels. Tom learns of Josh’s research and decides he must use it to act, to thwart human population growth before it destroys the planet. Tom meets Rusty Connolly and Damien Wycliffe, learns of their capabilities, and devises a plan to cause the fatal leukemia with electronics. Tom enlists Damien and Rusty in the efforts to spread the leukemia through computer programs. Wycliffe is a mechanical and electrical engineer who is also gravely concerned with environmentalism, and who writes the computer virus program to cause smartphones, tablets and laptops to emit EMF at levels that cause the cancer. Rusty is a young computer programmer who spent time in prison for hacking and became an evangelical Christian convert involved with an apocalyptic religious group promoting the “End Times.” Rusty writes the worm program to launch the EMF virus across the globe. In their actions and discussions, the principal characters confront social, religious, legal, moral and emotional issues with who they are, what they are doing and whether they can or must go through with their plan.

TB Markinson is an American who's recently returned to the US after a seven-year stint in the UK and Ireland. When she isn't writing, she's traveling the world, watching sports on the telly, visiting pubs in New England, or reading. Not necessarily in that order. Her novels have hit Amazon bestseller lists for lesbian fiction and lesbian romance. She cohosts the Lesbians Who Write Podcast (lesbianswhowrite.com) with Clare Lydon. TB also runs I Heart Lesfic (iheartlesfic.com), a place for authors and fans of lesfic to come together to celebrate lesbian fiction.
View all posts by TBM →
This entry was posted in Guest Posts and tagged Chris Johns, Four, Guest post. Bookmark the permalink.

16 Responses to Guest Post by Chris Johns, author of Four