Before I hand over the reins to my guest, I wanted to say that I’m in the midst of a move. I’m doing my best to visit blogs but if you don’t see me for a couple of weeks please know I’m not ignoring you. I’m just drowning in boxes.

Writing requires expressing yourself in a variety of ways. You have to use dialogue and monologue, prose and poetry. Yes, even fiction and non fiction writers make use of poetic cadence and alliterations. Writing is a very demanding mistress, or if you prefer, master.

Now consider those who work in multiple genres. It is not that rare. Some authors will establish themselves in one vein, but secretly yearn for the fruits of another. Writing under one name in, let’s say romance, and using another name (to hide their identity) in science fiction. Some writers, like Stephen King, who writes horror and sci-fi under the same name can pull this off. Although I always considered Stephen King a horror writer who themes are either paranormal or sci-fi in nature.

Why is it so hard to cross genres? Each genre has its own language. The themes are unique, the tone distinctive, once you developed your voice in one, it’s hard to make the switch. If you want to master multiple genres read and write as much as possible in each.

This sounds simpler than it is. Ever heard, “A jack of all trades is a master of none.” I write in two genres, crime fiction and science fiction, but not at the same time. I’ll work for a couple of years in one then switch. I develop several themes and perfect the voice of that style. I attempt to master each a little at a time. Meaning I’ll get to a point where I am the best I can be before clearing it from my mind and diving completely into the other world.

I wrote several sci-fi stories and a novel, Pegasus: A Journey To New Eden, before turning to crime. My sci-fi is technology driven and deals heavily in the psychological effect of technology. It is plot centric with a moral dilemma at its core.

Recently I have written two crime novels, Killer With A Heart, is the first book in a series and is out now. I’m working on the second book in the series now. The series is character based and you follow the lives of gangsters and mobsters from the beginning of their careers to their inevitable conclusions. The stories are full of what people do, how and why they do it. I’ll finish the series before returning to the realm of science fiction.

As one of those who write under two names, James L. Hill for science fiction and J L Hill for crime fiction, I do this not to hide my identity, but because each genre is so different I want my readers to know what they are getting when they reach for one of my books. My crime fiction has been described as dense and intense, and is adult oriented with themes and language that is graphic. My sci-fi is still dark in nature, but the language is more suited for the general public.

Thus I struggle with the dual personality of writing and some time in the near future I plan to add horror to the mix. I only wrote one short horror story awhile ago, but that personality is fighting to be heard. Perhaps, I don’t have multiple personalities, just different shades of darkness expressed in a variety of ways.

Killer With A Heart: 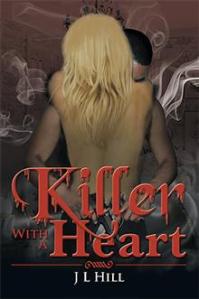 Pegasus: A Journey To New Eden: 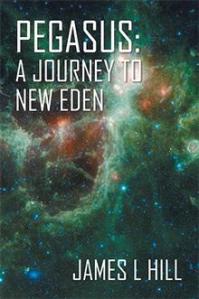 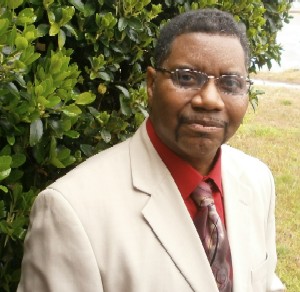 A native New Yorker, born and raised in the Bronx, I spent my adolescence years in Fort Apache, the South Bronx 41st precinct during the 60’s. Raised on blues, soul, and rock and roll gave me the heart of a
flower child. Educated by the turmoil of Vietnam, Civil Rights, and the
Sexual Revolution turned me into a gladiator. Realizing the precariousness of life gave me an adventurous outlook to try anything once, and if it did not kill me, maybe twice.

12 years of Catholic education and a couple of years in college spread
between wild drug induce euphoric years, which did not kill me, gave me an unique moral compass that swings in any direction it wants. A scientific mind and a spirit that nothing is impossible if you want it bad enough guides my writings. I enjoy traveling to new places and seeing what life has to offer.

I began writing short stories and poetry back in my early years. In my twenties I moved on to novels, but I fell out of love with the whole publishing industry. I worked in the financial industry as a processing clerk and later got a degree in computer programming, my other love. I have a successful career as a software engineer designing, developing and maintaining systems for the government and the private sector. I been programming for nearly forty years in various languages.

With the advantages provided by the expanding and growing self publishing business (print on demand over vanity publishing) and the explosion of social media/internet as a viable means of advertising I have returned  to my first love, unleashing the characters in my head. Actually I never stopped writing, now that the kids are grown and my wife realizes that I have little other interest outside the bedroom, and I’m still a hopeless insomniac, I am free to pound out plots. Killer With A Heart is the first in a series for Bulletproof Morris ‘Mojo’ Johnson.

I enjoy writing crime stories and science fiction, with a slant on the dark side of life. Pegasus: A Journey To New Eden answers the question my wife asked me some years ago, “How do I feel about nuclear war?”  I told her I was all for it as long as we find someplace else to live. My science fiction deals with the emotional effects of technology. Thirty years ago when a single computer filled an entire room and I was writing games on a monochrome screen I knew two things were certain. Computer games would be big and computers for all the good they can do would put a lot of people out of work.

Married with six kids, eleven grandchildren keeps me on the go.
Now lives in Virginia Beach.

TB Markinson is an American who's recently returned to the US after a seven-year stint in the UK and Ireland. When she isn't writing, she's traveling the world, watching sports on the telly, visiting pubs in New England, or reading. Not necessarily in that order. Her novels have hit Amazon bestseller lists for lesbian fiction and lesbian romance. She cohosts the Lesbians Who Write Podcast (lesbianswhowrite.com) with Clare Lydon. TB also runs I Heart Lesfic (iheartlesfic.com), a place for authors and fans of lesfic to come together to celebrate lesbian fiction.
View all posts by TBM →
This entry was posted in Guest Posts and tagged Guest post, J L Hill, James L Hill, Killer With A Heart, Pegasus: A Journey To New Eden. Bookmark the permalink.

33 Responses to Guest Post: The Dual Personality of Writers by J L Hill