Here’s another great book that I have the privilege to spotlight today.

Katora Kase is next in line to take over as guardian to a secret and powerful healing Elixir. Now she must journey into the wilds of Faway Forest to find the ingredient that gives the Elixir its potency. Even though she has her sister and brother, an old family friend, and the handsome son of a mapmaker as companions, she feels alone.

It is her decision alone whether or not to bind herself to the Elixir to serve and protect it until it chooses a new guardian. The forest hosts many dangers, including wicked beings that will stop at nothing to gain power, but the biggest danger Katora may face is whether or not to open up her heart to love.

“Let me start with what I can tell you,” Pop explained. “The Elixir…well, it’s not just any healing Elixir. It’s the greatest healing Elixir ever available to humans.”

Katora remained perfectly still; her father’s words deflated the balloon of anger building inside her and filled the hole with cold shock.

Pop stood and began to pace while he explained. “Deep in Faway grows the plant that gives the Elixir its potency. The Kase family and our ancestors have harvested this plant and acted as guardians of the Elixir for hundreds of years. We developed methods for increasing its potency and have passed these secrets down for generations. I am the current guardian.”

Pop? The guardian of the greatest healing Elixir ever available to humans? Could it be true? As he stood in front of Katora, his eyes betrayed no hint of a lie. How did she fail to notice this all her life? And what did it mean for her?

Pop’s words came in a hurry. “Even though the Elixir has largely remained a secret, there are several very important beings and others close to this family who know of it. Some are human, but others are greater than human, like Mother Nature and her offspring. These beings use the weather to communicate. Sometimes it’s not very clear what they mean, but I believe the snowstorm arriving as the supply of Elixir dwindles is a message from the Great Mother that we need to stock up.”

Katora put her hands on her hips as if she didn’t care, but subtly leaned against the bookcase at the same time. She doubted if her legs would support her. Not only was Pop the guardian of the Elixir, but Mother Nature herself knew. She sent Pop messages through the weather. If Katora took over the farm, she must take over everything to do with the farm.

Katora’s breaths came in shallow puffs. She realized Pop stared at her with concerned eyes. She silently cursed herself for making such a spectacle.

“I know this is a lot to take in,” he said. “I have a little more to tell you right now. My business partners outside of Tussar have reported unrest throughout the Great Peninsula. There are things stirring in this world, things that I have no control over, and I believe they are going to spin out of control sometime in the near future. When that happens, there will be a dire need for the Elixir. There’s so much I can’t control, but the future of the Elixir is in my power right now.”

Pop stopped in front of Katora, placed his hands on her shoulders, and looked her straight in the eyes for the second time that night. Katora knew what was coming, but she held her breath, hoping maybe she was wrong, maybe she had more time before this responsibility fell on her shoulders.

“Katora, you are next in line to be guardian of the Elixir. Its future is in your control.” 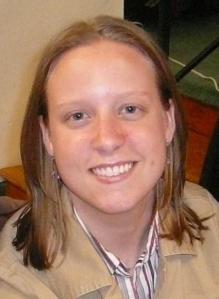 Katie L. Carroll began writing at a very sad time in her life after her 16-year-old sister, Kylene, unexpectedly passed away. Since then writing has taken her to many wonderful places, real and imagined. She wrote Elixir Bound and the forthcoming Elixir Saved so Kylene could live on in the pages of a book. Katie is also the author of the picture app The Bedtime Knight and an editor for MuseItUp Publishing. She lives not too far from the beach in a small Connecticut city with her husband and son. For more about Katie, visit her website at www.katielcarroll.com, friend her on Facebook, or follow her on Twitter (@KatieLCarroll).

TB Markinson is an American who's recently returned to the US after a seven-year stint in the UK and Ireland. When she isn't writing, she's traveling the world, watching sports on the telly, visiting pubs in New England, or reading. Not necessarily in that order. Her novels have hit Amazon bestseller lists for lesbian fiction and lesbian romance. She cohosts the Lesbians Who Write Podcast (lesbianswhowrite.com) with Clare Lydon. TB also runs I Heart Lesfic (iheartlesfic.com), a place for authors and fans of lesfic to come together to celebrate lesbian fiction.
View all posts by TBM →
This entry was posted in Book Spotlight and tagged Book Spotlight, Elixir Bound, Katie L. Carroll. Bookmark the permalink.