It’s that time again: to announce the next review batch. Here are the books I’ll be reading and reviewing soon.

When fifteen year old Tegan Summers catches the eye of local radio personality Rake Johnson, she finally feels like a normal teenage girl. Everything about their relationship feels perfect, except for the unexplained presence that makes her believe she should stay away.

On the same day she meets Rake, another man makes his way into her life: Officer Damien Sanders. His mysterious and often intense warnings urge Tegan to trust him and to end her relationship with Rake. As she works to uncover Damien’s motive, she begins to realize that he may end up playing a vital role in her future.

Discover what Tegan must do in TRUSTED, the debut novel by author Taylor L. Stimac.

Fallen Redemption by R B Austin: 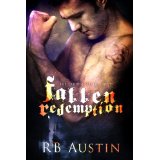 altering decision. It wasn’t until he was tending his sick wife that he learned the enormity of what he’d done and he was unable to save her from the monster he had become. Consumed with guilt and praying for absolution, he threw himself into killing every Fallen he could find to save the humans he’d sworn to protect. But then Emma, deliciously mortal and completely forbidden, swept into his world, stirring an overpowering desire. Now he’s not only fighting soulless creatures, but also his inner cravings, trying to maintain his distance and continue on his path to forgiveness. He can’t afford to lose control again and sacrifice another love.

The past defines us.  For one man, it’s inescapable.

Fifteen years ago…On a beautiful September afternoon, Colin Wyle was boating with his girlfriend Natalie Merian when she disappeared.  Natalie’s politician father assumed the worst.  A media storm ensued, causing panic in the area and Colin came under suspicion.  Desperate to find her he sought help from a mysterious source, forcing Colin to make the hardest choice of his life: commit a crime or lose her forever.

Now, Colin has a high-profile career and a fiancée.  When a phone call unearths a secret federal investigation, Colin is forced to reckon with the past. And pay for his sins.

On a floor that doesn’t exist.

A retired demon acquires a price on his head.
A werewolf is hunted by her pack.
A modern day dragonslayer misses his target.
A harpy challenges Zeus for the soul of the man she loves.
A vampire is obsessed with a young woman he can’t find.
A banshee falls in love with someone whose death she has seen in a vision.
And a sweet ghost must battle a primal monster to save them all.

All the stories take place at the same time intertwining their lives together on the 13th Floor.
Tighter, Tighter by Lynn Kear: 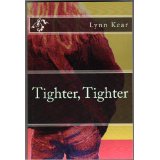 This cold case is personal for prosecutor Meredith Carlson. Billy was her husband’s father.

Convinced she’s solved the case, Meredith lures the now legendary rock star back to her hometown for the first time since she left thirty-five years ago.

Meredith has no idea she’s about to unearth shocking secrets about herself, her husband, and her family.

I’m excited to read all of these books and I’ll report back soon. Have a great weekend!

TB Markinson is an American who's recently returned to the US after a seven-year stint in the UK and Ireland. When she isn't writing, she's traveling the world, watching sports on the telly, visiting pubs in New England, or reading. Not necessarily in that order. Her novels have hit Amazon bestseller lists for lesbian fiction and lesbian romance. She cohosts the Lesbians Who Write Podcast (lesbianswhowrite.com) with Clare Lydon. TB also runs I Heart Lesfic (iheartlesfic.com), a place for authors and fans of lesfic to come together to celebrate lesbian fiction.
View all posts by TBM →
This entry was posted in Book Reviews and tagged Book Reviews, Christine Rains, David Balzarini, Discretion, Fallen Redemption, Indie Writers, Lynn Kear, R B Austin, Taylor Stimac, The 13th Floor Collection, Tighter Tighter, Trusted. Bookmark the permalink.